The challenges to retain and/or expand city services in the midst of shrinking resources and increasing costs has put pressure on city government to make its limited capital resources work more efficiently. City administration, elected and appointed officials, and city staff have taken several steps to make its capital expenditures more closely reflect its long-range objectives. One such step is the city’s Capital Improvement Program (CIP).

The CIP is a six-year plan used to identify and coordinate public needs in the city, taking into consideration existing plans, goals, and resources. The purpose of the CIP is to create and implement a predictable and coordinated schedule of public purchases and informed government decision-making.

The term "Capital Improvement" refers to any major nonrecurring expenditure of more than $250,000 for new or expanded physical facilities of enduring value and also for the replacement, renovation, rehabilitation, or alteration of existing facilities such as streets, parks, public buildings, and other public works. Expenditures for the purchase of land and certain major equipment are considered nonrecurring capital expenditures. 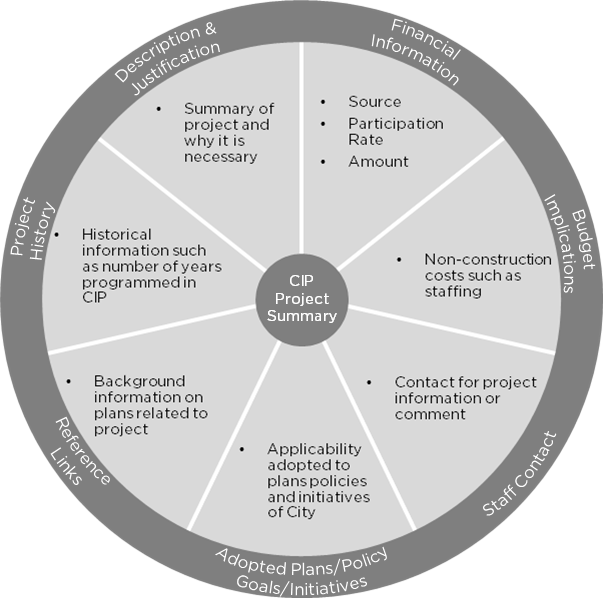